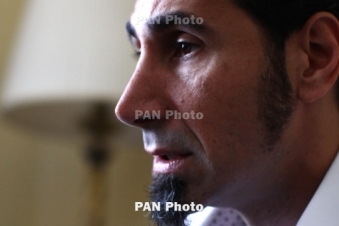 PanARMENIAN.Net - The new documentary about System of a Down frontman Serj Tankian, "Truth to Power", examining the singer's history of activism will come out via Oscilloscope Laboratories on February 19.

The film features exclusive interviews with Tankian and the singer’s own footage. It also shows how Tankian writes music. It features interviews with his System of a Down bandmates, producer Rick Rubin, and Rage Against the Machine guitarist Tom Morello. It also features a score by Tankian.

Ahead of the documentary's premiere, Oscilloscope has released a clip where Tankian is s...

Serj Tankian is in Armenia