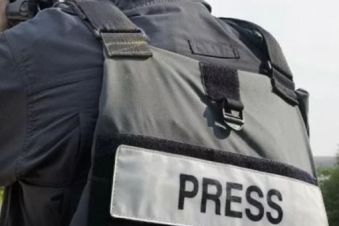 PanARMENIAN.Net - Two reporters – both of them citizens of the France – from Le Monde have been injured in Azerbaijan's bombardment of Martuni, Nagorno-Karabakh.

They are now on their way to a hospital, the Armenian government revealed on Thursday, October 1.

Other journalists too have been working in the same area, the government said without elaborating.

Azerbaijan launched a major offensive against Karabakh (Artsakh) in the morning of September 27, shelling Armenian positions and civilian...

Azeri shelling leaves Armenian journalist wounded in the back

Doctors in Karabakh save the life of French journalist