Sharmazanov: Everything today is on Armenia PM’s court

Sharmazanov: Everything today is on Armenia PM’s court 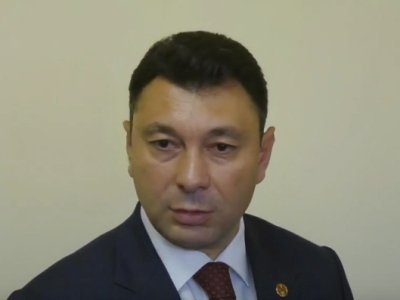 YEREVAN. – It’s not realistic for me to go to snap parliamentary elections before [next] May, but everything today is on the Prime Minister’s court; and if he resigns, the corresponding developments are going on.

National Assembly (NA) Vice President Eduard Sharmazanov, who is also a member of the NA faction of the former ruling Republican Party of Armenia (RPA) and its spokesperson, on Wednesday told the aforementioned to reporters in parliament.

Sharmazanov recalled that when presenting the government program, PM Nikol Pashinyan had stated that some time had to pass before the political forces could prepare for the snap parliamentary election, whereas on Tuesday, he said this election should be conducted in December.

“I haven’t heard any argument from the PM as to why the elections s...

Sharmazanov: We do not elect good speaker, but head of Armenia's executive body

HHK to be opposition with actions aimed at strengthening Armenia, says Sharmazanov

PM Pashinyan not satisfied with process of investigations into corruption cases

Most of HHK faction lawmakers to vote against government program, says Sharmazanov ahead of voting