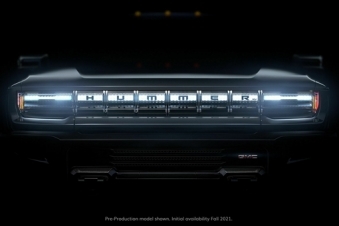 The Detroit automaker confirmed the plans Thursday, January 30, and released three online teaser videos for the “GMC Hummer EV” pickup ahead of a 30-second Super Bowl ad for the vehicle featuring NBA star LeBron James. The spot is scheduled to air during the second quarter of Sunday’s game.

The Hummer EV pickup, according to GM, will feature 1,000 horsepower; 0 to 60 mph acceleration of three seconds; and 11,500 pound feet of torque. It didn’t announce a price.

“It’s a combination of an incredibly capable truck and a supercar. Those sorts of times are in that ballpark,” Phil Brook, GMC vice president of marketing, told CNBC. It’s an “all-electric super truck.”

The Hummer EV pickup is expected to go into production in the fall of 2021 at...